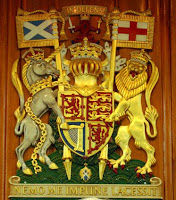 For more Scottish heraldry - visit:
The Court of the Lord Lyon
And see right sidebar for:  "Azure, a bend engrailed Or between a fox's mask Proper in chief and a cartwheel Argent in base"
Posted by AFW at 6:26 PM

The Glasgow MiniTrials took place
on Saturday 19 March 2011
in Glasgow Sheriff Court.
Sheriff Andrew Cubie, one of the main event organisers, said:
"We had five schools, who provided six teams; there were about 70 pupils, all of whom threw themselves with great enthusiasm into the event. We had excellent support from the clerks, the police, Reliance, the local bar and fiscals as well as the Faculty who provided our sheriffs. ...  I am still receiving feedback, universally positive and we have had a number of requests to make this a regular event."
Congratulations to the pupils - who were from Craigholme School, Hutchesons' Grammar School (two teams), The Glasgow Academy, St Aloysius' College and Jordanhill School.
See also the Jordanhill School Newsletter - "MiniTrial" Article
Download "Glasgow MiniTrials 2011" materials
Posted by AFW at 12:52 PM 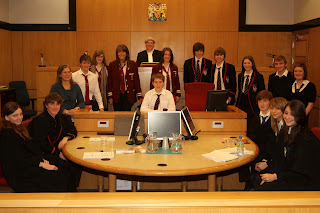 The 8th Annual "Edinburgh MiniTrials" took place on Saturday 9 October 2010 in Edinburgh Sheriff Court.  The consensus was that they were "fantastic"!  Congratulations and "well done" to all the schools and the many teachers who took part from:  Craigmount High School, Trinity Academy, St Thomas of Aquin's, Firhill High School, St Augustine's High School, Portobello High School, James Gillespie's High School and Forrester High School.  The event was organised and supported by Joan Spencer from Trinity Academy.  Particular thanks go to the Sheriff Clerk's Office in Edinburgh, together with Reliance, the Witness Service, and teams of lawyer volunteers from The Procurator Fiscal Service, The Edinburgh Bar Association, and The Faculty of Advocates, with of course bespoke MiniTrial materials and support from http://www.minitrial.org.uk/ . As always, all the supporters worked together efficiently and professionally to provide a realistic credible court experience for the schools.  Well done to all of them.  It was also great fun.  Dr John Campbell, Head Teacher, Craigmount High School, was kind enough to write thanking the court team for "an excellent, educational day.  The event has had a great motivating impact on the young people involved".
Cllr David Beckett also kindly joined the schools for part of their day.
Download "Edinburgh MiniTrials 2010"
http://www.edinburgh.gov.uk/
Photos - Edinburgh MiniTrials 2010
Photos - Edinburgh MiniTrials 2009
Photos - Edinburgh MiniTrials 2008
Posted by AFW at 11:08 PM

For some helpful guidance from Scottish Courts about Small Claims (small civil actions) - which are dealt with in the Sheriff Court - see Small Claims Guidance Notes
Posted by AFW at 10:35 PM

Please remember - if it is not from the MiniTrial website, then it is not a MiniTrial.
If in doubt please contact:
http://www.minitrial.org.uk/
Posted by AFW at 5:41 PM 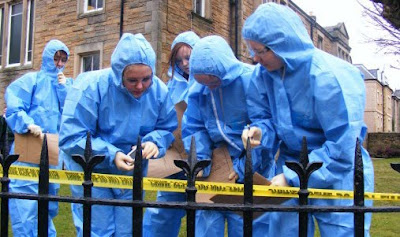 An exciting new version of the MiniTrial materials has been prepared - with a "Forensic Science Module".  It relates to a charge of assault to severe injury and it is now available for "download" free from http://www.minitrial.org.uk/. This is all thanks to Nichola Mortimer, a biology teacher, at St Margaret's School in Edinburgh who enlisted the help of several lawyers as well as forensic scientists from SPSA Forensic Services and from the University of Edinburgh. The pupils in S4 investigated a mock crime-scene which Nichola prepared as part of the school's contribution to National Science and Engineering Week in March. They then examined the items recovered in their lab (with guidance from Nichola and forensic scientists) and prepared an excellent Forensic Science Report which included detailed findings and conclusions relating to fingerprints, blood and DNA. The pupils then gave their evidence as "expert witnessses" as part of a MiniTrial which was run in school - with help from the Faculty of Advocates and others. The pupils played all the major roles in the trial (lawyers for the prosecution, lawyers for the defence, the accused, the complainer, witnesses, jurors, media representatives and court staff) - all with the assistance of real lawyers. S1 and S2 were in the public benches.  As part of their preparations the S4 pupils also visited Edinburgh Sheriff Court - including the cell area - thanks to David Shand, the Sheriff Clerk.  Sarah Wolffe QC acted as the presiding sheriff at the trial - which took place on 1 April 2010.  The Crown were assisted by Isabella Ennis and the defence by Kim Schofield.  Having regard to the whole evidence, including the forensic science material, the verdict of the jury was "Not proven" - by majority.  It was a close call.  Congratulations to all those who took part.  Well done.
Posted by AFW at 4:24 PM 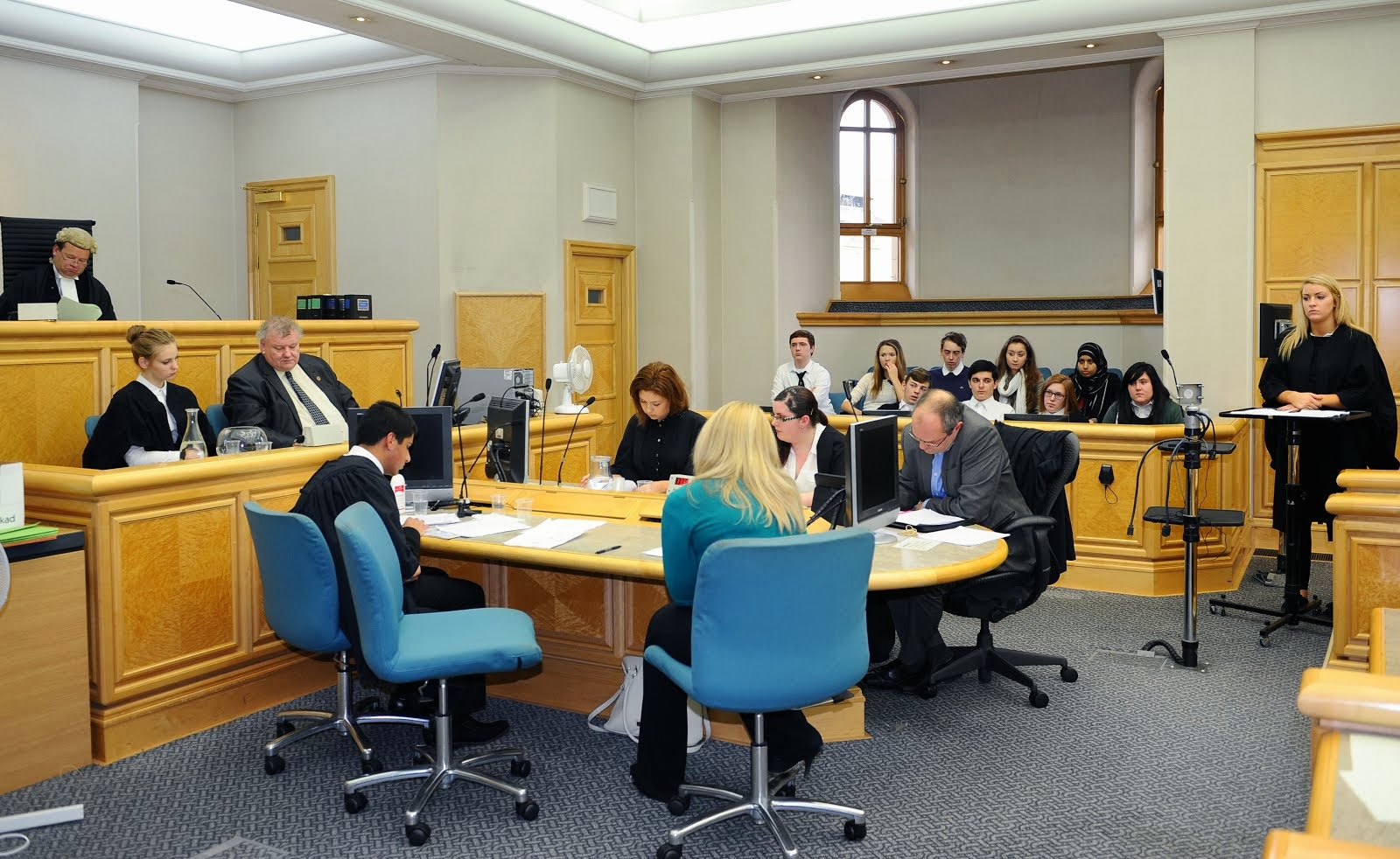